According to the A2S statutes the social entities of the association are the General Assembly, the Board of Directors and the Supervisory Board, who are elected for 3-year mandates by the associated members.

The A2S General Assembly is a deliberative body which meets annually or whenever is necessary and it is responsible to ensure the regular functioning of the association. Among its most important functions is the election of the social entities and the analysis and vote of anual plans and activity reports and budget.

The Board of A2S is responsible for administration. Meets monthly, or whenever necessary and is composed by seven members, with a majority of private entities. It is responsible for implementing the Local Development Strategy designed for the territory effectively and efficiently in order to ensure that the selection of projects accomplishes the goals and objectives defined.

The Supervisory Board is responsible for monitoring and supervising the activities of A2S, ensuring its regular functioning. 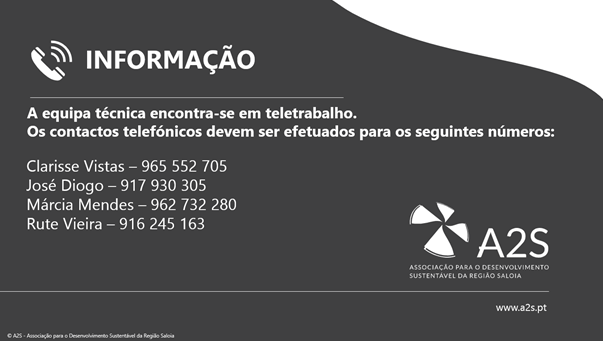